General Notes on Mumble that I come up with will go here.

It didn't come across as readily apparent to me how to bind a key to switch between channels in Mumble. After reading the Mumble Sweetness it seemed rather simple. Instead of simply creating a Join Channel as one would suspect, you need to join channel + whisper to the channel you want, versus actually joining the channel itself. 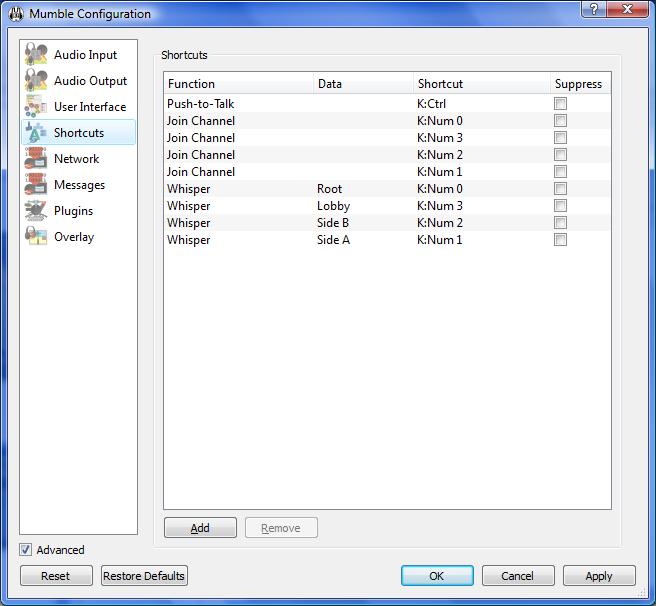 Once this is done, I can now change between channels in game by using the bind keys. The harder part is finding keys that you don't already have bound in game and using those.

If you want to go crazy, you can read Mumble Voice Program in Project Reality Mod and see some really nice hierarchy work.